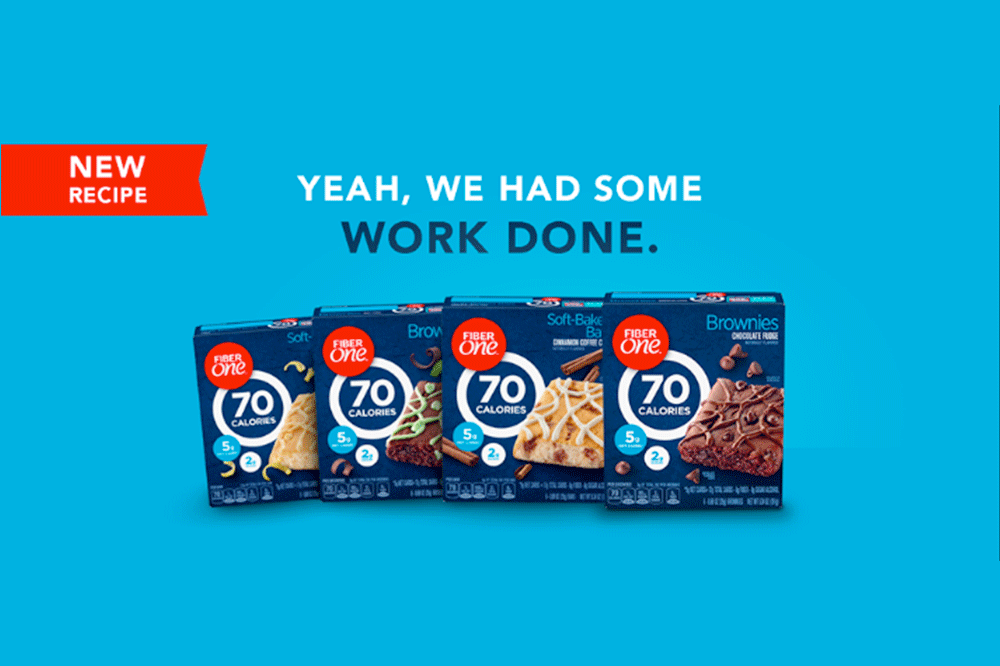 WHEN FIBER ONE TOOK IT TO ANOTHER LEVEL TO ANNOUNCE ITS REBRANDING.

In July 29th 2019, Fiber One launched the video clip ad “work done” made with pop culture stars from the Bravo TV franchise “The Real Housewives” to announce their recent full rebranding.

Fiber One is the American brand that “offers a variety of craveable snacks and treats that let you enjoy dessert and get your fiber too”(1). As part of the popular portfolio of brands in the breakfast cereals segment, Fiber One is manufactured by General Mills, Inc. , the American multinational manufacturer and marketer of branded consumer foods sold through retail stores. (2) In 2019, Fiber One accomplished a complete brand makeover with a full update of the packaging, recipe and flavors. Previously, the Brownies had 90 calories, 12g net carbs and 8g of sugar. Today, they’re 70 calories, 5g net carbs and 2g of sugar. (3)

Fiber One was looking for a new do to get a more modern vibe and appeal to a segment of health-conscious consumers by changing its recipe, but also attract younger generations by organizing a product release with the help of a music video clip and reality TV influencers.

From Traditional to Trendy

Since 1985, Fiber One had the opportunity to gather a loyal customer base thanks to an appealing first recipe. While the brand seeks to make its new recipe “compatible with most modern diet trends”(3), the brand takes the risk to lose previous customers by reducing the level of sugar, carbs, and calories. However, such risk may be balanced by the new possibility to enter the hyper-competitive – yet financially rewarding – healthy consumer product segment.

To publicize the brand makeover, Fiber One joined forces with Melissa Gorga, Porsha Williams, Sonja Morgan, Dorinda Medley and Tamra Judge, to create a music video clip under the theme “work done“. With such campaign, the brand plays with words and another beauty-related reality: having “work done” (meaning: using surgery to enhance parts of the body). Often showcased proudly and defended by TV personalities and the world of reality TV as a whole, Fiber One uses the theme of beauty enhancement to illustrate the recent rebranding and having – also – work done.

Pop culture: the go-to for brands

Earlier this year, Expensify – the expense management software – launched an ad campaign with the rapper 2 Chainz and Adam Scott. Today, Fiber One creates an entire video clip to announce its rebranding with the help of reality TV personalities. Such trend highlights the fact that brands understand new generations favorite’s media: Youtube. But they also understand the power of pop culture by associating themselves with figures of the genre. While brands such as Pepsi were pioneers in using pop celebrities in TV ads, we now observe a new generation of “ads” where TV commercials are now blending themselves completely into music video clips.

Such trend illustrates the full shift from millennials and Gen Z from traditional screens (TV, movie screens) to smaller screens (mobile, tab, desktop), but also the fact that brands understand that music video and reality TV are now highly popular (and worth associating with) as they generate millions of views on YouTube – a much important ROI that what brands can expect from traditional formats such as TV commercials or YouTube ads.

The brand uses effective MarCom actions to increase brand awareness. However, using music video clips to advertising a rebranding is debatable. Such type of “ad” blurs the line between actual entertainment and advertising as brands create entire songs with only minimal mentions of the product’s name. While the marketing technique probably works in terms of brand awareness, it doesn’t guarantee product adoption and brand loyalty. 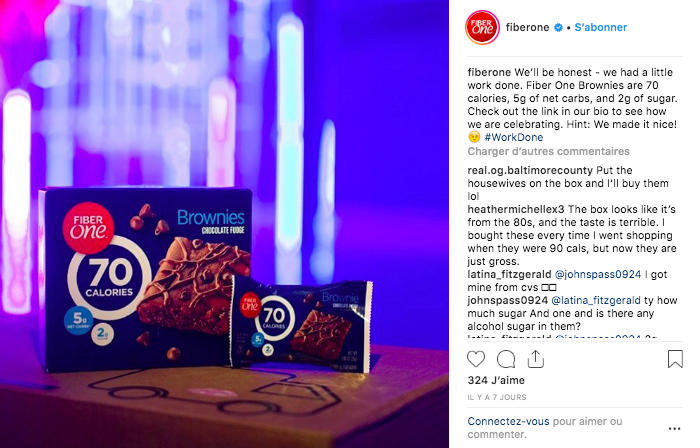 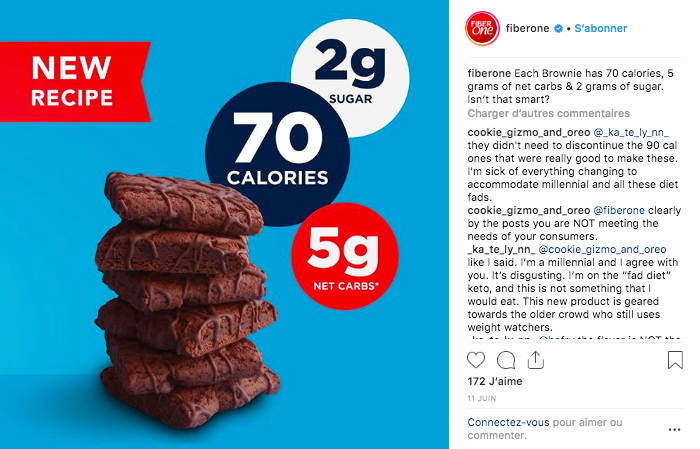 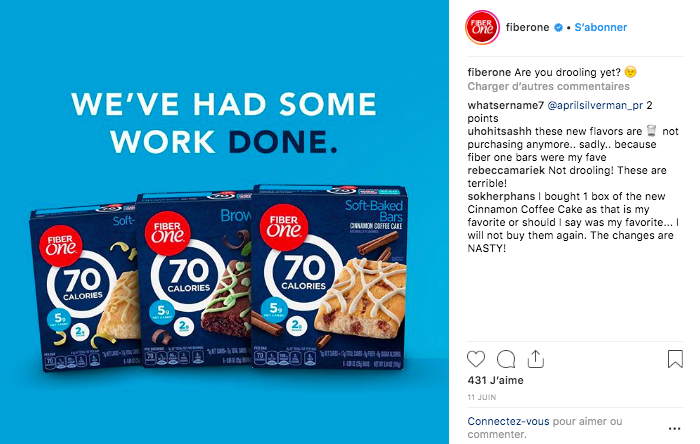 Despite effective MarCom implementations (gathering influencers to publicize the new products and creating music video ads), multiple negative comments on social media (4) have shown that people’s core interests lie in the product itself. Indeed, it appears the new recipe needs some improvements.

Gathering customer feedbacks and adjusting in accordance would have been a good move before going mainstream. Instead, the launch of the video clip brought more attention to the issue. Consequently, Fiber One had to increase its social media efforts to answer customers complains.

Such misfortune highlights the fact that businesses need – more often than none – to allocate more time to create and develop products and services before spending great amounts of budgets in MarCom actions to publicize them.

By Enhance
Branding
next previous 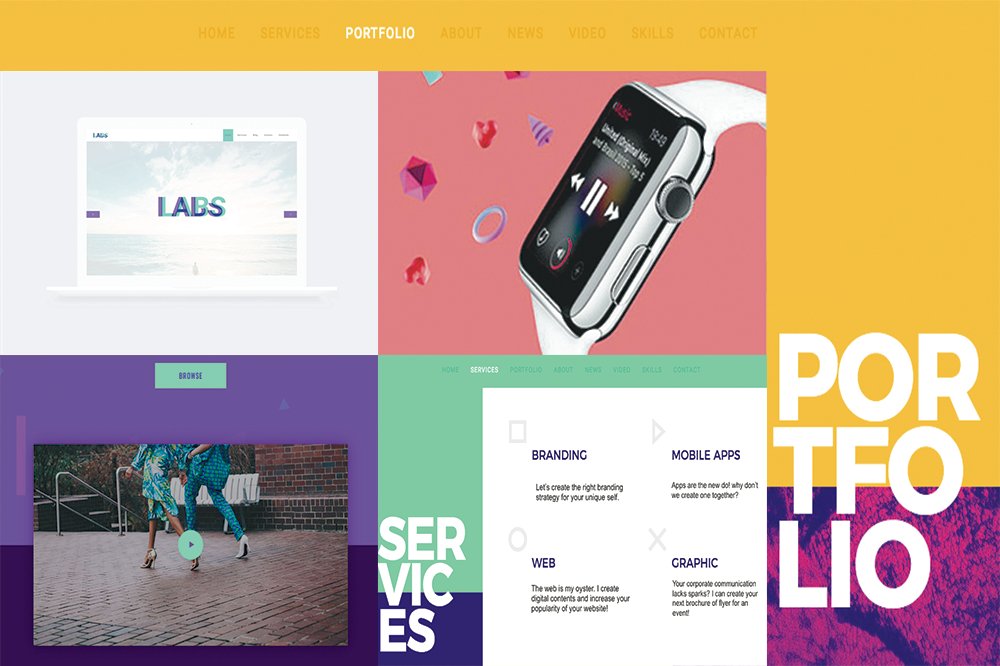 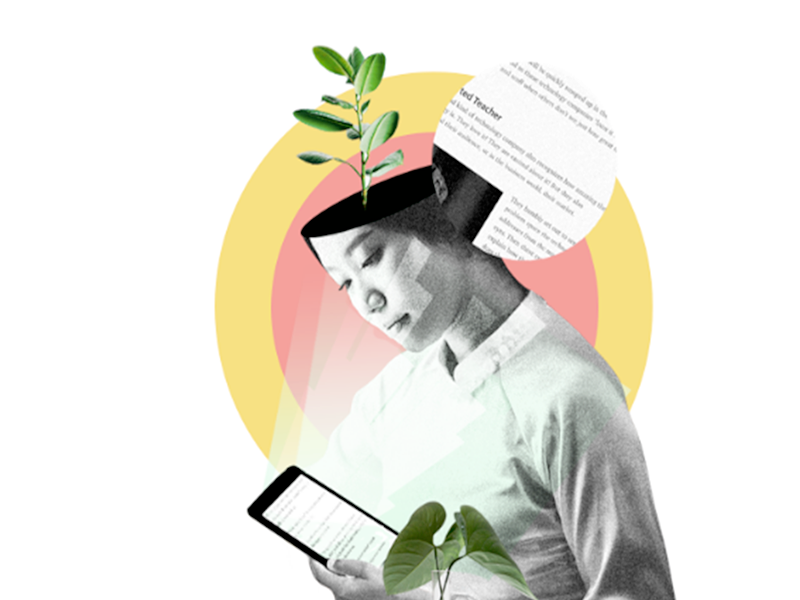 ENHANCE uses cookies and similar technologies ("Cookies"). Some Cookies are necessary to make this site available to you. They enable us to analyze and measure audience and traffic to the site, with the aim to provide optimal user experience. ENHANCE is transparent and ask you for your permission to use such Cookies, knowing you can opt-out if you wish. Accept Reject Read More
Privacy & Cookies Policy

This website uses cookies to improve your experience while you navigate through the website. Out of these, the cookies that are categorized as necessary are stored on your browser as they are essential for the working of basic functionalities of the website. We also use third-party cookies that help us analyze and understand how you use this website. These cookies will be stored in your browser only with your consent. You also have the option to opt-out of these cookies. But opting out of some of these cookies may affect your browsing experience.
Necessary Always Enabled
Necessary cookies are absolutely essential for the website to function properly. This category only includes cookies that ensures basic functionalities and security features of the website. These cookies do not store any personal information.
SAVE & ACCEPT